Manufacturers of commonly used SSRI antidepressants including Effexor are under fire for not warning of the possible side effects associated with using their drugs.

You should also not be using this drug if you have: 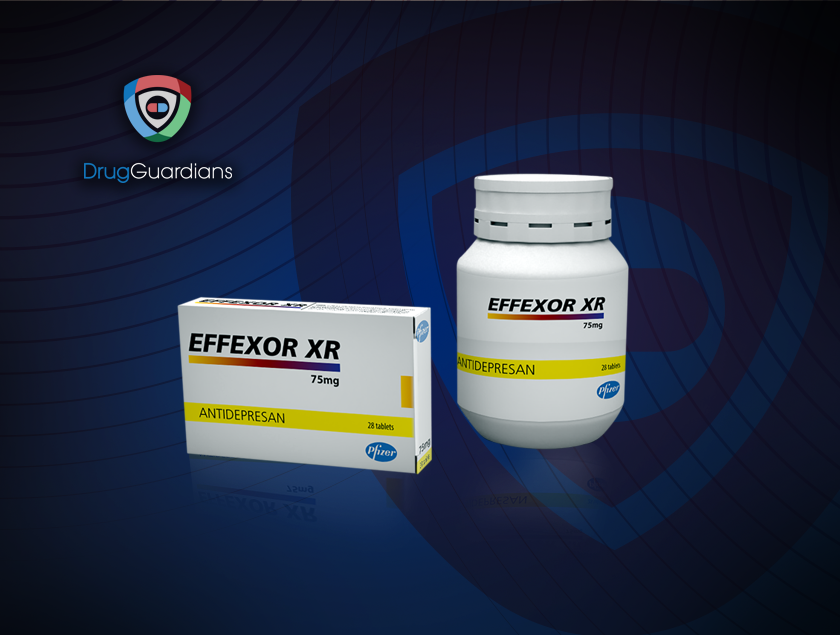 How Is Effexor Used?

Effexor is an antidepressant that contains venlafaxine, which affects chemicals in the brain that can potentially be unbalanced for those with depression. Researchers have found that this drug can also significantly reduce the pain associated with diabetic neuropathy -a form of nerve damage, characterized by numbness, tingling, and pain in the legs, as well as other extremities. As effexor is a control-release medication, it has been proven to be effective for diabetic neuropathy, as it regulates the amount of serotonin and norepinephrine in the brain, which affect mood and pain perception.

Those diagnosed with uncontrolled narrow-angle glaucoma, or who are being treated with methylene blue injection should not take Effexor. You should also not be using this drug if you have:

Alcohol should be avoided while on effexor, as it can increase the side effects of the drug. Any worsening symptoms must be discussed with a doctor before proceeding with the medication. This drug has been approved for women in late in their third trimester of pregnancy, patients with hepatic, and renal impairment.

Lawsuits Filed Against Pfizer For Effexor

Though originally manufactured by wyeth in 1993, pfizer acquired the company and rights for effexor in 2009. From there, the drug became the best selling antidepressant worldwide. Since then, there have been numerous lawsuits against the company claiming that children are being born with debilitating birth defects, after pregnant mothers took the medication.

With misleading claims made by wyeth when the drug was their product, the fda released a statement indicating the misrepresented advertising efforts. Anyone who has, or knows of, a child that was born with defects as a result of the drug effexor should seek legal representation immediately, in order to receive the compensation they deserve.

In 2012, both the adamczyk and demastus families filed lawsuits in philadelphia court, alleging that the manufacturer had knowledge of the birth defects associated with effexor. The claim extended to the company having knowledge of clinical studies of the drug resulting in heart defects, persistent pulmonary hypertension, and other congenital birth defects.

Both mothers had children born with life-threatening birth defects requiring surgery and ongoing care. Had their doctors known about the risks associated with effexor, they would not have taken the drug. Neither had been told of risks, despite being asked, which falls under the manufacturers of effexor to disclose.